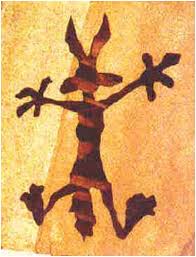 Jeff Haden, a Contributing Editor for Inc. Magazine, recently posted a piece on the link between mindset and success and why those who have a growth mindset experience more success over the course of their lives than those who operate from a fixed mindset.
He cites Dr. Carol Dweck’s work at Stanford, documented in her book, Mindset: The New Psychology of Success:

The first step to getting the things you want is to believe you deserve them.
Far from a trivial platitude, this sort of thinking actually closely mirrors what modern psychology depicts in how our beliefs influence our behavior.

Dr. Dweck’s studies posit that there are two basic mindsets that control how most people see themselves.
Those with a “fixed mindset” assume intelligence, character, and creative potential are unchangeable attributes writ in stone since birth — that they cannot be modified in any meaningful way.

They further assume that success is simply a result of this inherent talent, and as a result, they often avoid failure in order to maintain an aura of infallibility.

Those with a “growth mindset” have a much more malleable view on success. They do not view failure as a reflection of their ability, but rather as a starting point for experimentation and testing of ideas.

As I read about Dr Dweck’s work, I noted that the mindsets differ markedly in the core beliefs around intelligence. People who have a fixed mindset believe that “Intelligence is static.” Those with growth mindsets believe “Intelligence can be developed” and they act accordingly: embracing challenges, being persistence in the face of obstacles, and being motivated and inspired by their own accumulation of knowledge and the helpful critiques and guidance from others.

I agree with Haden that the growth mindset is something that can be developed by practice and by consistently acknowledging and celebrating the small successes. He recommends that we “focus on creating small wins through changing your habits. Make daily ‘micro quotas’ (10 minutes of working out a day) that are so easy you can’t say no. In short, nail it then scale it.”

As a coach, I see self confidence increase when clients begin to attribute their success to their choices and efforts, rather than their IQ or education. A grow mindset is not something you are born with; a growth mindset is developed by intent and by the adoption of new ways of thinking or being, and is supported by natural curiosity, internal definitions of success, and aligning your pursuits with your passions and values.