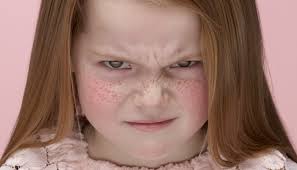 As an executive coach, I help my clients deal with some pretty highly-charged emotional states. And during those times I invite my clients to suspend judgment around certain emotions that they think of as “bad.” Sometimes my clients feel compelled to apologize for emotions like anger and sadness. They want to quickly move through these emotional states, deeming them unproductive or negative.

It’s true that my job as a coach is to help my clients become “unstuck” and move forward productively and strategically. However I can’t help but see the gift that our emotions bring. With awareness and with empathy we can actually learn how to use our emotions to be more authentic as leaders and to connect and engage with others more effectively.

I won’t belabor you with stats and scientific studies that back this up, but trust me they’re out there. If you want to skip the scientific literature and experience this for yourself, I invite you to see the recent Pixar movie “Inside out.” When Pixar was in development with this film, Pete Docter, the writer and director of the film, consulted with two emotion experts, University of California psychologists Dacher Keltner and Paul Ekman, to understand how the emotions of the 11-year-old character would impact her experience and her relationships, as her family made a disruptive cross-country move.

This is what Keltner and Ekman shared with Pete Docter about the science of emotions, as summarized in their NY Times article titled “The Science of ‘Inside Out'”:

“Emotions organize — rather than disrupt — our social lives. Studies have found, for example, that emotions structure (not just color) such disparate social interactions as attachment between parents and children, sibling conflicts, flirtations between young courters and negotiations between rivals.

Other studies find that it is anger (more so than a sense of political identity) that moves social collectives to protest and remedy injustice. Research that one of us has conducted has found that expressions of embarrassment trigger others to forgive when we’ve acted in ways that momentarily violate social norms.

This insight, too, is dramatized in the movie. You might be inclined to think of sadness as a state defined by inaction and passivity — the absence of any purposeful action. But in “Inside Out,” as in real life, sadness prompts people to unite in response to loss.”

When I work with clients on emotional self-mastery and resilience, we intentionally suspend judgment around the emotion and simply look at emotions as benign signals; signals that prompt us to be empathetic observers and strategic decision-makers around how we want to show up, or engage, in response to that emotion.

As the studies show, emotions can serve to unite us in empathy or in actions towards justice. In fact, all altruistic actions are birthed by our emotions, including anger at the injustice we see in our world.

So the next time you find yourself in a highly-charged emotional state, don’t judge yourself or the emotion. Instead, see this as the opportunity it is; an opportunity to use this emotion as the fire that forges the metal. And you are the blacksmith in the process a creating the person, or the leader, you want to be.