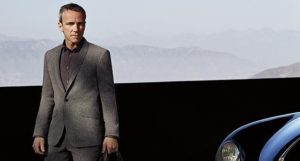 Not everyone who makes it to Chief Executive Officer has the skills and behaviors to be successful in their role. In fact, a recent article in the Harvard Business Review noted that “from 2000 to 2013, 25% of the Fortune 500 chief executives who left their firms were forced out. One major reason is that there’s a fundamental disconnect between what boards of directors think makes for an ideal CEO and what actually leads to high performance.”

When researchers at ghSmart’s CEO Genome Project looked at a database of 2,000 CEO assessments they found that successful CEOs demonstrated four common key behaviors that either got them the top job, or allowed them to exceed expectations:

1.      They are decisive — recognizing that a wrong decision is often better than no decision at all.

2.      They engage purposefully for impact — they try to understand their stakeholder’s needs and motivations with a focus on delivering results while also creating value. They are mindful of their emotions and facial expressions understanding that emotions are contagious and expressions and body language can be misinterpreted.

3.      They proactively adapt to current situations, while focusing on long-term, big picture strategies that put their companies ahead of the curve.

4.      They deliver results reliably. They know how to quell investor nervousness by being predictable in their actions and results, and managing expectations.

Some of the key findings that emerged from this study had much to do with values as behaviors. 90 percent of the successful CEOs showed perseverance and resiliency when dealing with setbacks, not perceiving them as failures but as opportunities to learn. Despite the setbacks, the CEOs proved to be reliable not only in their results but in their own personal conduct. 94% of the strong CEO candidates analyzed scored high on being consistent in following through on their commitments and promises, so there may be something to the old saws, “Be true to your word”, and “underpromise and overdeliver.”